Stay updated with our initiative 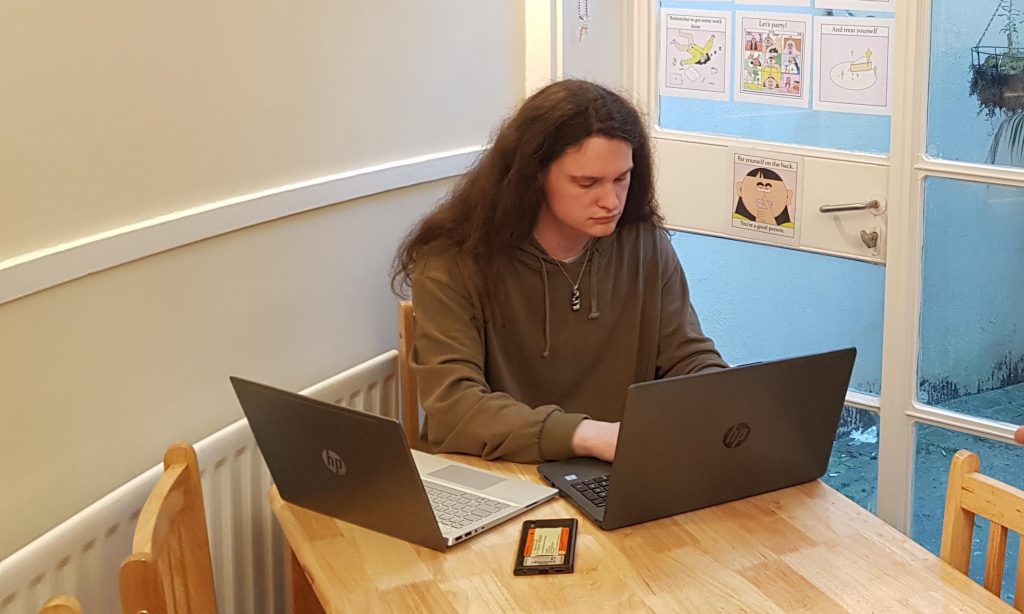 DIGITAL ACCESS MUST BE SEEN AS A RIGHT, NOT A PRIVILEGE

A government scheme which supports care leavers with internet access and digital devices is set to come to an end next month.

Here, care leaver Luke Fox explains the impact that this decision will have.

I’m a care leaver, having spent all but six months of my life in the care system – that’s multiple foster homes until I was 16 and semi-independent accommodation from then on.

When I left care, there was a lot that I didn’t know – how often to clean, how to pay a bill, how to turn off the water. All of this can be picked up pretty quickly though.

But using and accessing the internet is an entirely different story. As a society, we are now reliant on it and assume that every young person can access it, to connect with friends, to apply for jobs, and to learn about the world around us. Even the government’s new NHS track and trace App requires a smartphone and 4G access.

Moving away from the minimal support network you already have at 17 or 18, and then to an isolated home without any internet access is a scary situation to be in.

For those granted universal credit, gas, electricity and food are the priority bills – do we sacrifice heating to pay for some data so we can talk to friends? We don’t have family to rely on who might lend us a tenner to top up a mobile phone. And for many providers, you can’t even sign your own broadband contract at that age.

While completing my first apprenticeship, I completed a lot of my work using Google Docs on my phone and then I would send it off while I was at work because I didn’t have a laptop or internet access.

When I had my first accommodation placement, I faced battles with the Job Centre, simply because I did not have internet access to complete the online forms they wanted me to complete.

College work is near impossible; with almost all of the most up-to-date sources only online, relying on books is not enough for studying.

Since lockdown, I have relied on the internet more. Without the internet, I would not be able to work from home and that would impact my colleagues’ work time too.

There are currently approximately 10,000 young people leaving the care system, be it foster care or otherwise, each year, many going on to live alone without any internet access. It means that they can’t speak to their support network, their friends, or the professionals who are there to help them out.

Friends of mine have stood outside buildings with free WIFI just so they can apply for jobs and speak to their friends, because the usual internet access spots are also closed. They are struggling with the isolation and, with so many support centres closed, the impact on mental health will get worse.

I came very close to losing a friend myself. At a time when we had heard very little from him I was one of very few in my friendship group to have internet access. I was the only one to notice that something was wrong based on his online activity. None of my friends were able to access his location when emergency services were needed at his time of crisis. He was 16-years-old at the time and had just been told to leave his last accommodation placement.

Loneliness, lack of opportunity, and debt from being unemployed are just some the problems exacerbated by a lack of internet access. Mental health will be further aggravated by all of these issues.

We need government to ensure every care leaver is supported with a digital device and internet access if we want to give some of the most vulnerable young people in our society a fighting chance of thriving in the next decade.

This week, Catch22 and The National House Project sent a letter to Education Secretary Gavin Williamson, children’s minister Vicky Ford and business minister Nadhim Zahawi calling on the government to extend its scheme to ensure that every care leaver gets internet access for at least 12 months when they live independently. The letter has been co-signed by The National House Project, Barnado’s, and The Children’s Society, among many others. Lend your support here

The post DIGITAL ACCESS MUST BE SEEN AS A RIGHT, NOT A PRIVILEGE appeared first on The National House Project.

Back to latest news

DIGITAL ACCESS MUST BE SEEN AS A RIGHT, NOT A PRIVILEGE

A government scheme which supports care leavers with internet access and digital devices is set t...

An update from Rosie Blackett, Young Peoples Participation and Development Worker. As the world c... 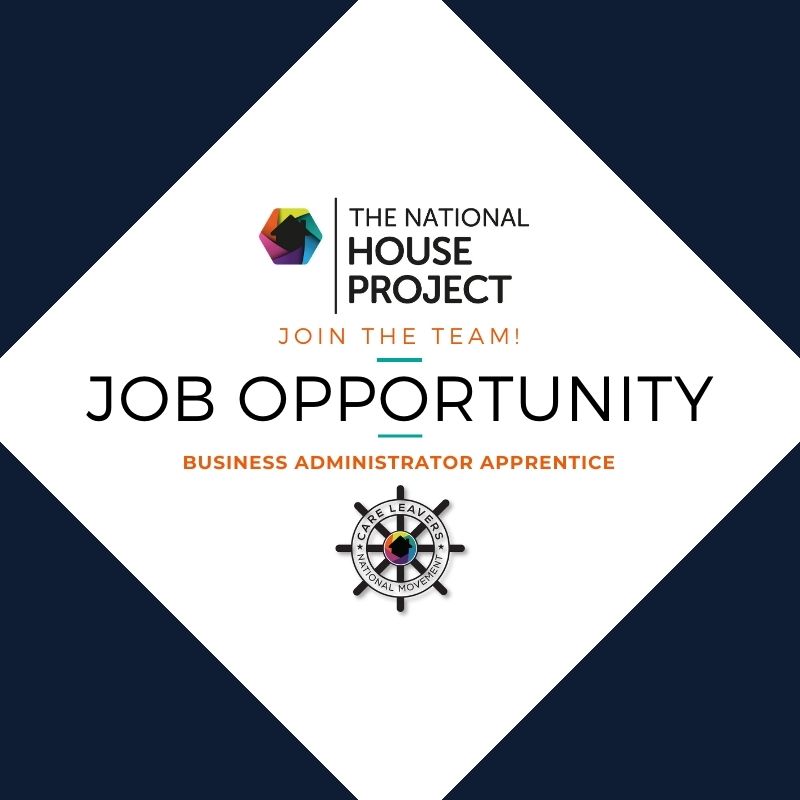 Exciting Job Opportunity: We are looking for a Business Administrator Apprentice

This vacancy is reserved for people who have experienced being in care. Do you have a desire to m...